Resilient and self-organizing telephone networks are also useful in undeveloped or remote areas not served by a telephone network. How about people with mobile phones but unable to pay for minutes? Quite a lot of the world's population cannot afford the expense of basic mobile phone service. Serval mesh networking enables the phones to interconnect and provide local service, expandable to an immense scale if any phones in the mesh are also connected to the internet.

A key component of the Serval Project is its Android based mesh networking software. Software is available on the Android Market which enables mobile phones to form self organizing peer-to-peer networks with gateways to the internet when available. The phones can make free calls to other mesh enabled phones using their regular numbers and without using minutes on the regular infrastructure network. If the caller or recipient is subject to authoritarian control as in Syria, China, or elsewhere, the phone continues to function when the cell towers are disabled or the participants' accounts are disabled. Bashar Assad, Kim Jong Un, and the other punks can "choke on the big one" when their citizens have decentralized robust communications with each other and the world.

A perfect case in point is the May 11, 2014 rioting near Hangzhou, China. Police were called in to disperse protesters unhappy about a large trash incinerator to be built near a residential area. Part of the dispersal effort was a shutdown of internet service and cell phone towers. People without mesh telephone networking could call no one, send no messages, and upload no data to internet services for others to see. Got injuries? Got fire? Forget about calling for help. If at least a few people have Serval Mesh on their phones, there is censor-free connectivity. People can then communicate and organize no matter what is done to the official phone network. It doesn't matter if a user runs out of minutes on the official phone network - Serval Mesh telephony is free. Free as in freedom and free as in beer.

As of version 0.90, Serval Mesh Telephony HAS a stong encryption layer. It uses elliptic curve encryption, provided by the excellent NaCl "salt" library. This is fast and actually more secure than the standard protecting GSM communications.

The Serval mesh software also includes a store-and-forward feature, called Rhizome. Rhizome enables one to send files (pictures, audio, video, documents, etc) or messages to other nearby phones, which will hold the data and wait for other phones with Serval to pick up the data and carry it onward. The process repeats on any available network nodes until the message or files reach their destination. Test messages have successfully been sent between Australia and Soth Africa - so the capability is indeed global.

How about a phone network that serves small groups of people in remote areas, or nomadic people who do not stay long in one area? Often they are overlooked by the phone companies and governments and suffer from poor connectivity, but the Serval Mesh Phone concept is a very workable remedy. In essence, one or more Serval Mesh enabled phones are set up as nodes, mounted several meters above the ground, to allow many other users to communicate with each other.

An even more effective solution, effective for areas of a square kilometer - or more in open areas, is to place a Serval Mesh Extender high up on a building, cliff, or tower. A Serval Mesh Extender is a small microcomputer, such as an Arduino or Rasberry Pi, with a wireless interface and antenna. The extender operates as a powerful and ideally located wireless mesh node connecting phone users beyond range of one another. Small, easily reproducible versions are being built to allow phones with Serval Mesh software to operate in towns and villages around the world. Some use wi fi spectrum, others use the ISM band or other spectrum available to GSM phones.

Those little Arduino powered Serval Mesh extenders don't use much electricity - they work nicely with a solar panel and battery supplying the power. Typical power consumption is about 1 Watt on a 5.0 volt supply - well within the range of small solar power supplies or the small "USB wall chargers" for mobile phones or tablet computers. 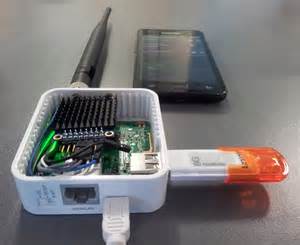 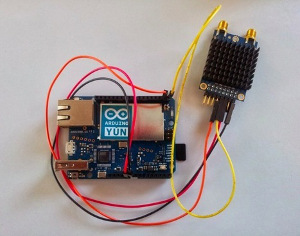 To gain a deeper understanding of the freedoms and safety benefits provided by the Serval project, have a look at the documents provided in the following table. They also need testers, developers, and users to advance and refine the software. So read, understand, and get involved!


A discussion and demonstration of Serval Mesh Networking, SMS, and the Batphone.