Initially named "Sky Peer-To-Peer" and intended to be a robust, tamper resistant, and decentralized voice-over-internet system, Skype has become the most popular tool for voice communications over the internet. It is easy to install, requires modest bandwidth (33.6 kbps) for good quality voice connections, and offers video and chat as additional means of contact with other Skype users. 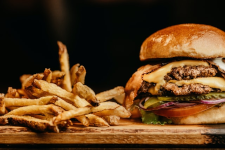 Skype is particularly unique in that it offers a means for people to talk to each other through a medium that is difficult for sophisticated surveillance teams to track or monitor. In fact, Skype has been banned in many countries that insist on total control of its communications within their borders. Therefore Skype is a favorite of all people who value privacy. Presented here is a summary of the strengths and weaknesses of Skype as it relates to defending the users' privacy from surveillance from all others not a party to the communications. It will be shown that Skype is resistant to wiretapping, but the chat and voice data is vulnerable to capture by spyware prior to encryption and entry to the Skype network.

Skype does have some vulnerabilities, mostly due to its operating environment on computers subject to spyware and malware installations. Users failing to regularly scan and disinfect their computers are especially vulnerable to having their activities monitored or blocked.

Monitoring a computer's TCP and UDP traffic reveals the login exchange between the local application and the remote server. Skype transmits the following 5 byte message to the server: 0x1603010000. Then the server replies with this 5 byte message: 0x1703010000. Detect and block incoming packets containing the sequence 0x1703010000 and Skype is disabled. Also, there are skype fingerprints in the public key exchange messages at the start of a connection. The client to server key exchange SSL message begins with 0x160301, indicating a key exchange using SSL version 3.1. Receiving this, the server responds with a message using a non-SSL based header: 0x170301. Detect and block packets containing the header 0x170301 and skype is disabled.

There are Skype filters which detect the skype protocol and / or traffic on ports used by Skype. The most effective use deep packet inspection to find and block the data packets, while simply blocking the most commonly used ports causes skype to fall back on passing data as http packets. Port blocking is the least effective, due to skype's ability to use any of a huge range of ports!


In some cases, the attacker's goal is not blocking or interrupting the use of Skype, but instead conducting a wiretap. Spyware is covertly installed on the target's computer and gains access to the communications in unencrypted form. Such anti-Skype spyware is useless in situations where the users have encryption devices external to the computer system hosting Skype.

Users in China or making calls to users in China need to be aware that TOM-Skype is compromised software. It enables full wiretapping by the PRC, and is subject to sophisticated tracking and keyword scanning. It contains internal and downloaded Chinese keyword lists. Do not useit under any circumstances. Because Skype's website redirects visitors from China to TOM-Skype, one must use a VPN to get the regular software. Otherwise, download from the Skype beta page which is accessible directly from within China.

The number of companies seeking to make huge profits from the sale of anti-Skype software tells us something about human nature: for every tool created to connect people and decentralize connectivity (and the associated empowerment), there are other adversarial tools created by those seeking wealth by catering to governments and organizations interested in disconnecting people while centralizing and controlling communication (thereby taking power and freedom from people). Countries such as Ethiopia have gone so far as to criminalize the use of Skype. In truth, the use of Skype can be effectively concealed and conversations protected even in Skype-hostile countries, if proper measures are taken.

Many measures can be taken to render ineffective the types of anti-Skype software listed above. The focus of defending communications through Skype is to keep spyware / malware off of the Skype user's computer and to make Skype data difficult to detect and block. Below is a list of ways to defend Skype communications from eavesdropping and blocking:

After considering the above information on Skype, one can feel secure using it as a means of sharing sensitive information under specific controlled conditions. Specifically, both users should use computers known to be free of spyware or malware. An operating system other than Microsoft Windows is safer, but should still be regularly scanned and purged of rootkits or other unwanted tools of surveillance agencies. Network communications security is only as strong as its weakest link. Except for TOM-Skype, the things putting Skype users at risk are external to Skype and not a factor on a well maintained computer system.


Further Reading on the Strength of Skype Security: